No comments
Today jappix introduced mandatory encryption. All my contacts show as offline. All gmail. No idea what to do... Tried different clients, even the main one from jappix.com, but no difference.

Is there anybody out there

Update: Apparently this is only temporary, see here

No comments
When I included PrettyPhoto in the blog it was mainly lazyness. I have been playing around with CSS for a bit now, and hopefully will be able to have lightboxes without javascript.
Javascript is for the lazy.

Here is the first test: 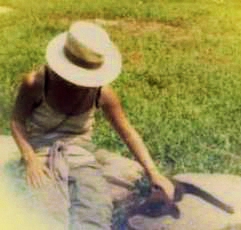 No comments
I have done it. I'm beyond saving. I compiled emacs from source and am now playing around with it. I have crossed the bridge to utter nerdom. Years later they will say it was inevitable. The next time you will see me I will wear a t-shirt with either some sort of pop-culture reference and/or programming joke. I will have wild hair, glasses and a beard as personal grooming only gets in the way of finding the most efficient way to download internet porn. My main nutrition will involve pizza and BAWLS (what the heck is that?) and my main topic of conversation will be how the lizard people are trying to take us over with chemtrails.

And I will finally find the "3 Logicians enter a bar" joke funny.


I like Kantian ethics, they are rational, not emotional, so I was pleased when I read this this morning.
But, Stallman, rather embarrassingly, confuses the Golden Rule with the Categorical imperative (but argues with the later).

The Golden Rule is based on reciprocity, it states:

Or in the positive:


I remember discussing the Christian version of the Golden Rule with my teacher in 4th grade. She claimed that following the Golden Rule would mean we would be all nice to each other. Being the logical thinker that I am I argued that this is not necessarily true, if someone for example likes to be hit, this would mean this person can go around hitting others. I remember because I was surprised that I had managed to make a grownup blush.

While the Golden Rule is personal the Categorical Imperative is political (as is the GNU manifesto). One should behave in a way, that if the behaviour is universalised it does not "create incoherent or impossible states of natural affairs". Or how my mom used to put it: "What if everyone would do that?"
Societies are created by individuals and by our individual action we state in which kind of society we want to live in. For some this means founding the free software movement.

No comments
So, do you believe in UFOs, too?
This is the title of my piece for art night, an idea from Shannon, to which my first reaction was: "What the hell would I do for an art night?"

It is a short animation summarizing my views on political systems.
It plays on the "I want to believe" poster from the "X-Files", a) because I like the "X-Files" and b) the perception of people with similar views.
I rather use stick figure diagrams than symbols as they are easier understood and have fewer connotations attached to it. And ever since "human movement analysis" classes in university I have a habit of drawing them.
The animation is pure html and css and should work on any modern browser.

You can see it here and can download it.
As everything on this blog it is licensed under Creative Commons BY-NC-SA 3.0.