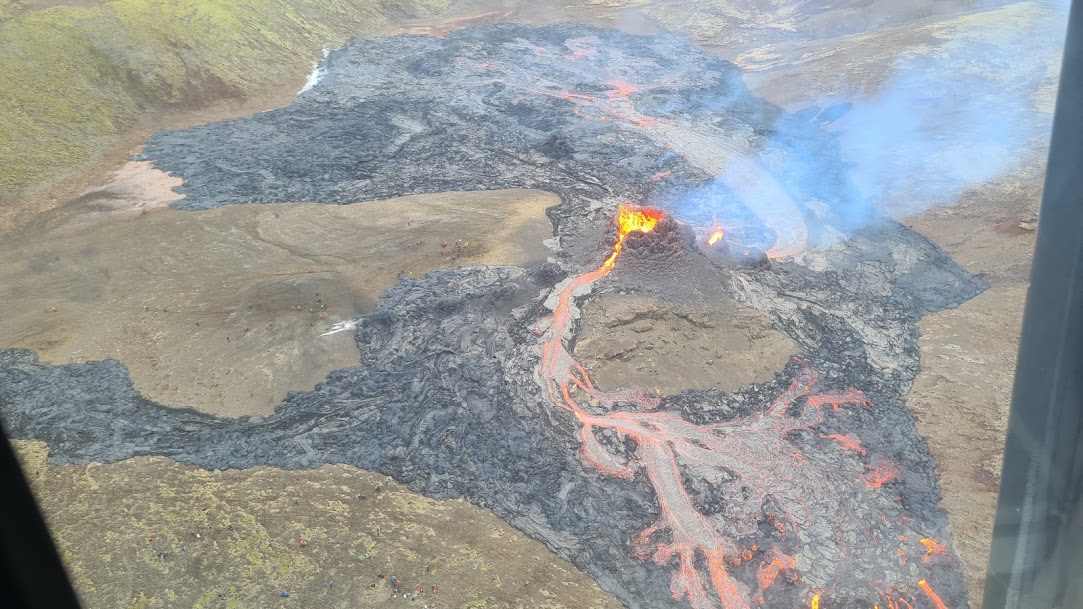 No comments
In chronological order

Believes magma at a depth of seven kilometers is pushing up

This is much more likely to stop before an eruption occurs

Sharp earthquakes are still being felt, although no eruptions are expected in the next few hours

The eruption is still expected to begin

Thousands more earthquakes but less likely to erupt: "Of course we can never rule out anything yet"

If there will be an eruption the volcano will be called: Þráinsskjaldarhraun, because Icelanders hate foreign news anchors. I would propose to call it: Stríðni (tease). Either start erupting or stop the constant earthquakes!

Somebody set up the website Er komið eldgos? (Is there an eruption yet?)

Morgunblaðið is mocking me!

No comments
There have been hundreds of earthquakes in the last week. While most were, as usual for Iceland, under 3 on the Richter scale and not noticeable, we had enough big ones to feel the earth shaking several times a day. After a day or two, this had become common place and everyone stopped worrying about it. Except for me. Because I had to go to the dentist for a filling this week. I am already terrified of the dentist, the idea that an earthquake will hit while he is drilling into my teeth is a nightmare scenario. I guess someone told Morgunblaðið (Icelandic newspaper), because their cartoonist drew this:

It went well, or at least only was traumatizing the usual amount, without added earthquakes. The earthquakes is probably a sign of an impending volcanic eruption, something I am excited about, because I could see it from my living room window. Fingers crossed.

No comments
For the past year I have been organising a Free Supermarket at Andrými. Last week I was interviewed by RUV (the Icelandic National Broadcasting Service) for a radio program. You can listen to it (and my brilliant Icelandic) here. You can use it as a drinking game, drink every time I say "bara" (a filler word), you won't make it until the end of the 10 min interview.

They insisted on using my last name in the description, but forgot to ask about the spelling and ended up with "Christina Milscha" thanks to my Aachener accent. Everyone at my work still recognized my voice. With this and all the videos I have been doing for the IWW (more about that in another post), I am well on my way becoming a celebrity.

No comments
Here is a map of all the craft breweries in Iceland, except the newest ones, Ladies Brewery and Bölgerðin. I remember the dark times before 2007, when the only beer you could get was watery lager. "Fortunately" Icelanders have been drinking more alcohol than ever in the past year, so it is likely that the craft brewery movement survived the drop in business with the lack of tourists coming into the country.