No comments
I used a film camera during my travels. Last summer I bought a Canon DSLR (EOS 100D) and then noticed that my old lenses did not fit. I bought a Sigma zoom lens, which I like a lot, but was missing my old 28mm manual prime lens (and filters) and the different approach one has to taking pictures with it.

So I got a lens adapter and was not disappointed. Here is a picture I made as a test:

It focuses to infinity and has a good sharpness. The only thing to remember when using the adapter is to turn it to "close", other wise it won't be possible to set the aperture and light seeks in creating a soft focus and glow effect. Which can be used creatively, of course :)

Picture of a sofa outside of the fab lab at Hlemmur: This Good Friday we went for an "outing" (as my ex-flatmate calls it). The weather was actually really sunny, but I had just seen a documentary on Ansel Adams, so instead of cheery and sunny I went for dramatic and black and white. Both pictures were taken with a wide lens (23mm), aperture of f8 (as large a depth of field I could get in this light from a moving car) with a red filter and increased contrast.

No comments
This is the last of New York, I promise. Next week it is all back to stories from Iceland. I'm just so in love with the city... 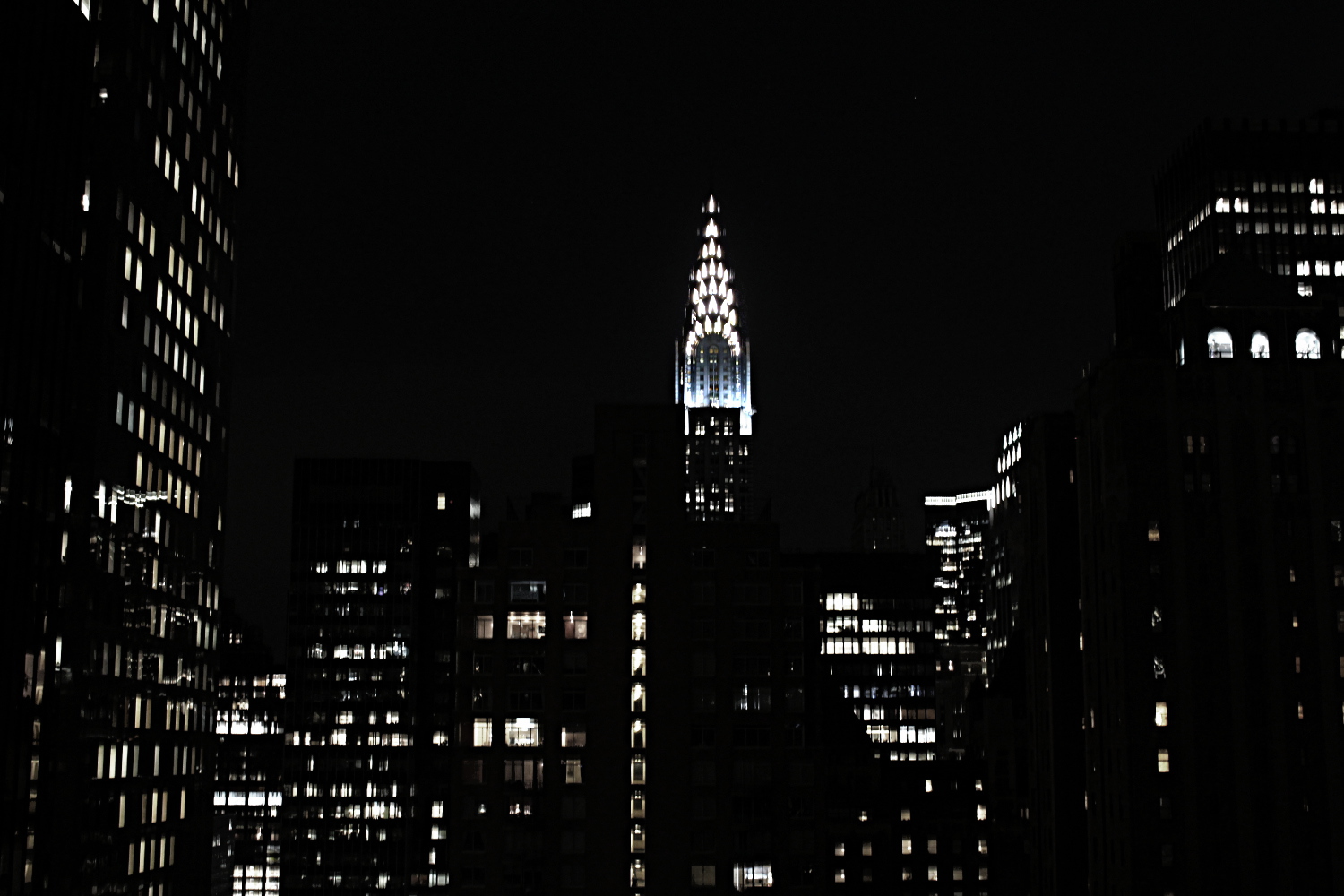 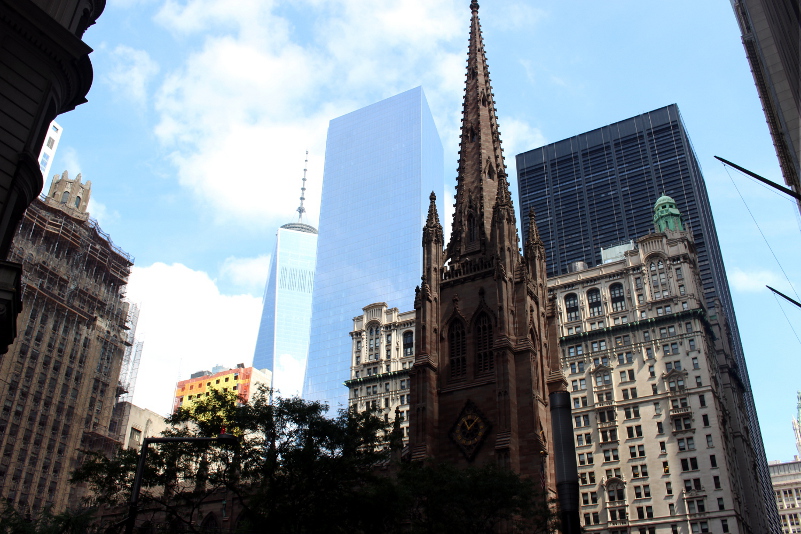 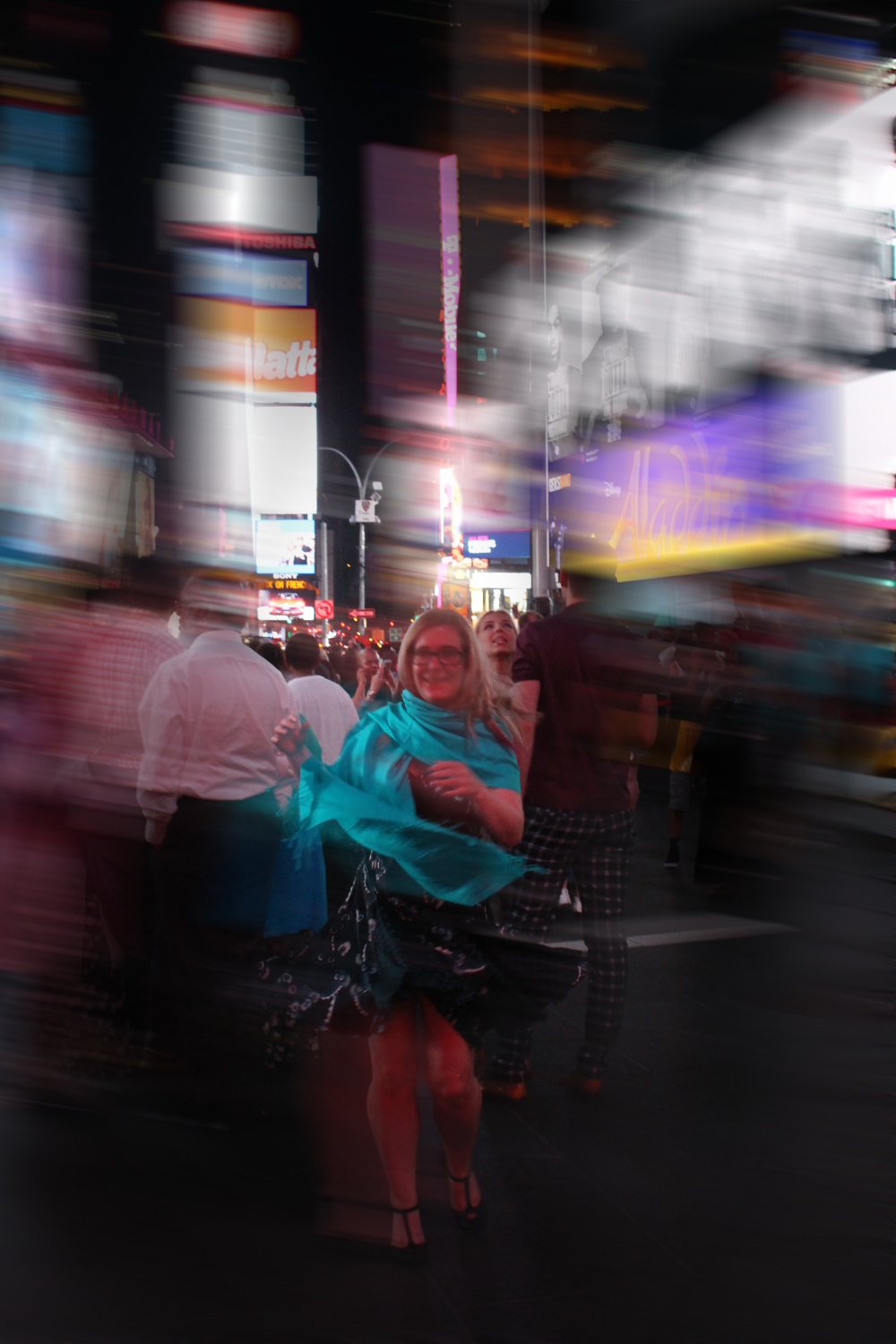 The motion blur effect was added later with gimp using this tutorial. I used a horizontal motion blur instead of a zoom blur and reversed the layer order, with unblurred on top, set the mode to "overlay" and then applied the mask and gradient to it. This is why I appear a bit shimmery, "overlay" basically brightens the bright and darkens the dark colours.
It might have been possible to get a similar effect using slow sync flash and slightly moving the camera from left to right when taking the picture, but I was being the model so I could not test this theory.

I did make a motion blur picture using shutter speed of 1/4 sec, aperture of 1/125 and iso 200, moving the camera slowly from left to right:

And a zoom blur (zooming out) at the same setting:

My dream now is to go back to Times Square with a willing model and a tripod...