No comments
Yesterday we celebrated the Icelandic national holiday, the day Iceland became officially an independent nation in 1944 as well as the birthday of Jón Sigurðsson, the head of the Icelandic independence movement in the 19th century. 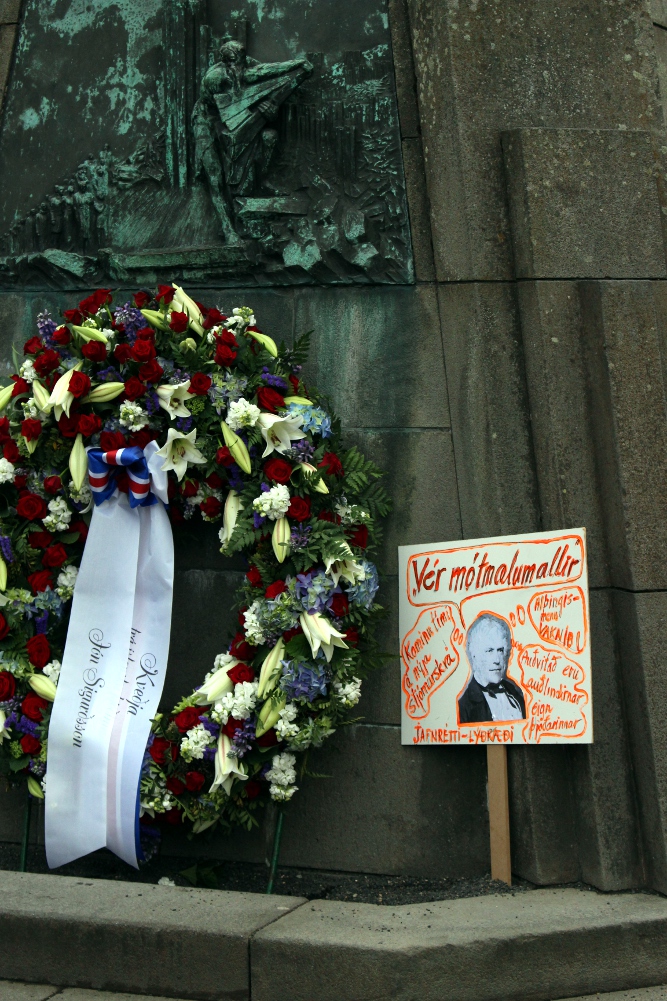 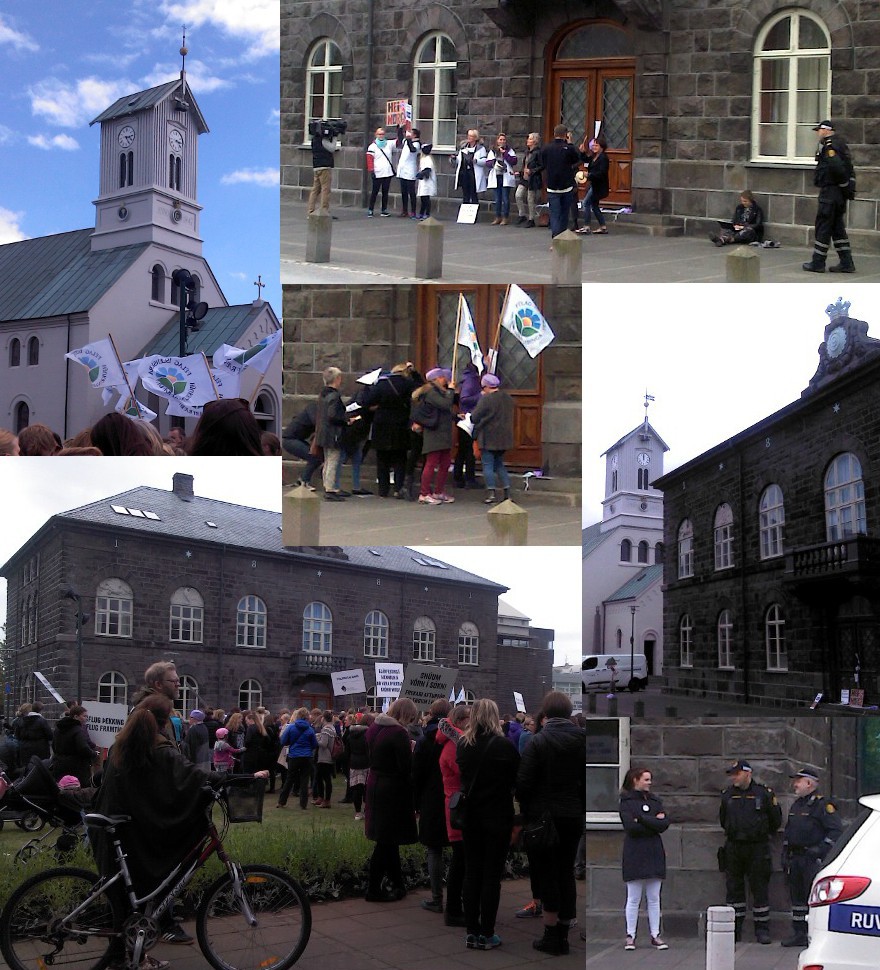 Protests, becoming famous and a correction

No comments
Over the weekend have been protests against the decision to stop accession talks with the EU without the promised referendum as was to be expected. There will be one today if we do not all get blown away by the wind first.
I wrote a blog post about it on the German online magazine "Besser Nord als nie" with pictures and edits from my friend Steffi. Doing so I noticed I was wrong in the German text of my previous blog post. Here is a correction:

For English speakers
The decision of the foreign minister to inform the EU that Iceland is stopping the accession talks without consulting parliament or holding a referendum as was promised in the election is antidemocratic to the highest degree, especially considering that Iceland, being part of the EEG and Schengen, has been adopting European regulations without having any influence on them.

No comments
The other day me and my friend Steffi, who is here on an internship for the Reykjavik Grapevine, went to a showing of the documentary Silenced organized by IMMI (International Modern Media Institute https://immi.is ). My friend is writing a series of articles about IMMI, which is why we were there. IMMIs goal is to make Iceland into a " journalistic safe haven, protecting both freedom of expression as well as freedom of information".

The documentary was long. I do not like documentaries much. I find them emotionally manipulating, even when agreeing with the subject matter. Fortunately the director (who hilariously is called "Spione" the German word for "spies") did not pretend otherwise, but said:

I'm not a journalist, I'm a documentary filmmaker.


I found two things noticeable in this film.
First, I was surprised by how surprised long standing government officials were by the actions of the institutions they worked for. First hysterical prosecution of any critics has been seen before. Basically it is McCarthyism all over again. You need to give us full unconditional support or are "aiding the enemy".
It is not astonishing that the main motivation of any institution is not efficiently performing the task it was perceived for, but growth and survival.
The hysterics of today, just as in McCarthyism earlier, serves the institutions well. It gives them an excuse to quiet critics and instead of being forced to operate competently they can force the public to give them more and more power.
Just as we have to go through expensive and invasive "security" measures, which do not actually improve security. Or how a lot of terrorist attacks could have been prevented, not by more surveillance, but by the institutions in the "intelligence community" not being incompetent. http://www.newyorker.com/magazine/2015/01/26/whole-haystack

Secondly, the documentary was a good reminder why IMMI is needed for an open discussion and evaluation of institutions by the public. during the panel afterwards the whistleblowers praised Iceland for IMMI and its stand for press freedom and whistleblower protection in general. Birgitta (chairman of IMMI) just smiled and nodded, which surprised me.

The development in the last years in Iceland can not be described as positive for press freedom or whistleblower protection.
A lot of the reforms needed for IMMI to become reality had been in the proposed constitution, which had not only been killed, but a new bizarre law had been pushed through that any changes to the constitution has to be agreed upon by 2/3rd of parliament and 40% of the population (not voters, anyone not voting is considered to have voted no).
Now the laws and reforms needed are bit by bit proposed and fought through parliament. It is a bit like pulling teeth. At the same time politicians started using every trick available to threaten news outlets. Threatening suing for libel, cutting funding or just making ex-party members editors in chief (see link below).
Iceland dropped from 8th to place 21 on the World Press Freedom Index. Earlier Reporters without Borders had voiced concern about the press freedom in Iceland http://en.rsf.org/iceland-freedom-of-information-in-decline-19-11-2014,47248.html.