As I wrote before I took apart an old sweater in order to knit fingerless gloves out of it to sell on the street. Most of them found a home and I do not have pictures of all of them, but here are some of my designs.
The sweater had three colours, brown, beige and cream. I made a pair of unicoloured of each colour. For the cream ones I used "Fetching" a pattern from knitty.
I did the same for the beige ones, using "Portlander", but as my needle sizes were a bit different, the zig-zag pattern now covers the whole of the back of the glove.

I'm very sad I don't have a picture of the brown ones, it took me long time to make them, I ended up unraveling them a lot. I wanted to have a flap, or something pretending to be one. In the end I knitted in the round, but had three stitches lapping over. By using increases and decreases I created the illusion of the flap forming an S with a nice cable pattern at the edges.

I wasn't sure whether I had enough yarn left for a unicoloured pair, so I ventured into stranded knitting. I used an old fashioned diamond pattern and as I couldn't increase or decrease due to the pattern, everything was knitted in one size. They ended up being quite wide at the top, so I made fingers. They were sold before I had even finished them, but I used the same method to make fingers for the next pattern, which is my favourite multi coloured slip stitch. 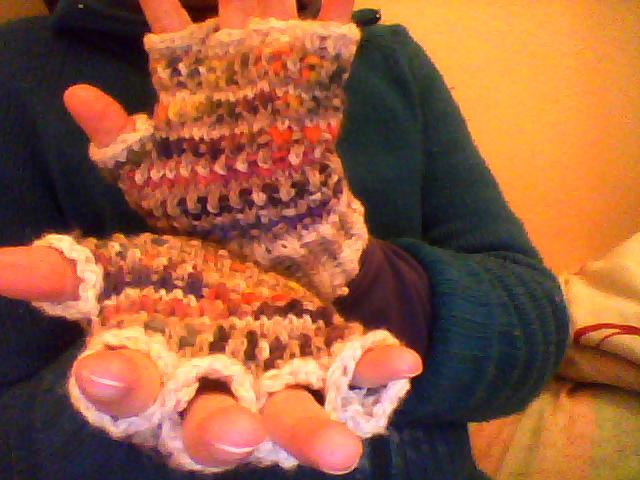 When I think of knitting stranded, I think of Icelandic knitting. I can knit the traditional Icelandic patterns in my sleep, the repetitions and counting are like meditation to me. I wanted to design a glove, which mimics the in the pattern incorporated decreases in a lopapeysur. I decided to move from a 5 repeat to a 4 repeat. Here is the result. 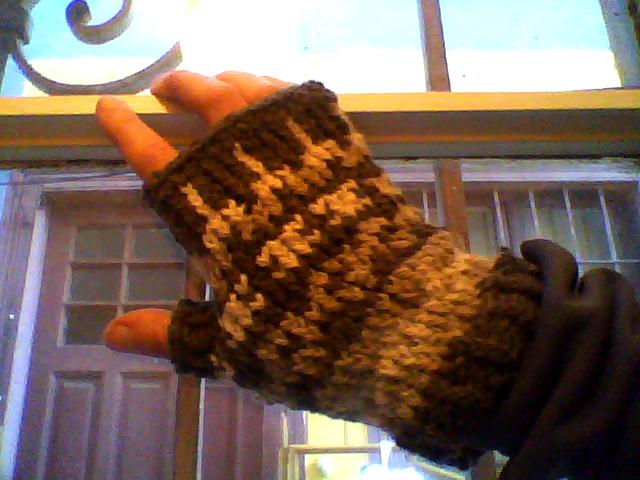 After these two I was down to a lot of leftovers. I decided to use a traditional Victorian slip stitch pattern to make short gloves with finger holes. Out of the very rest I knotted a tiny button, which goes together with the Victorian stitch. 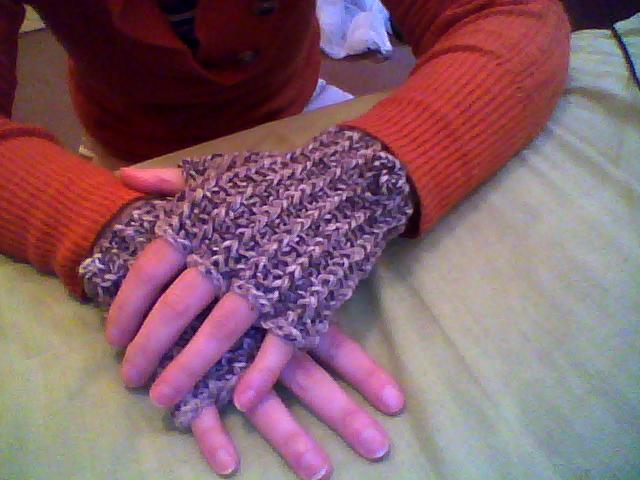 Except for the Icelandic pair all of them have been sold. Now it is getting spring, so I think I won't be buying another old pullover...