I'm not a vegan. But my flatmate is and in her honour I had decided that when I start my micro-bakery (9 loafs every Sunday, starting in summer) I will only offer vegan bread. For my sourdoughs, this is easy, they were vegan to begin with, but some of my special bread recipes use eggs, butter or milk.

So did my Ciabtta recipe from my ever trusty book "The bread bakers bible". It uses milk and olive oil to get the soft crust. I decided to try and replace the three table spoons of milk with two spoons of applesauce (for the acid) and one spoon of olive oil (for the fat). The bread turned out yummy, one could not taste the applesauce at all and my colleague made the mistake of leaving hers (the recipe makes 3) out in the break room. It was half gone when we came to retrieve it. The crumb was a bit denser than I would have liked, but I think this was due to using half wholemeal flour and half white (rather than white - white). 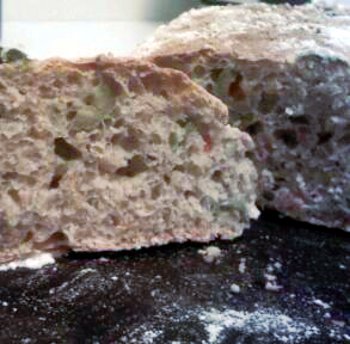 
As I had a lot of applesauce left I decided to try vegan pancakes and use this as an excuse to make my own oat milk. It is really easy:

1 cup of oatmeal
1 cup of hot water
some sugar 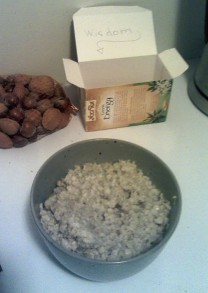 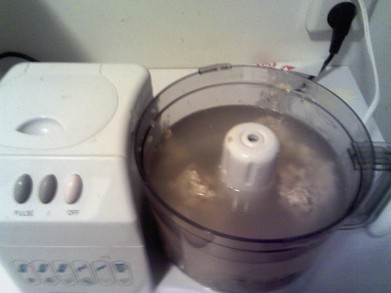 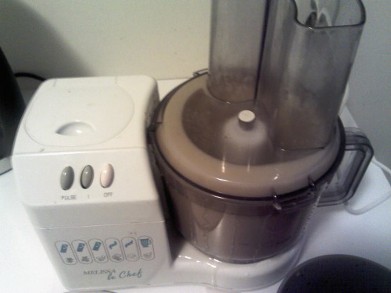 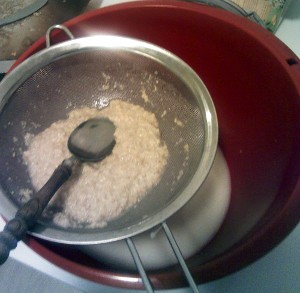 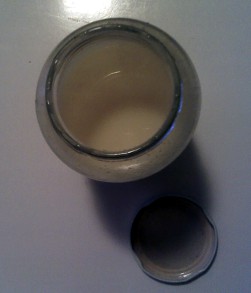 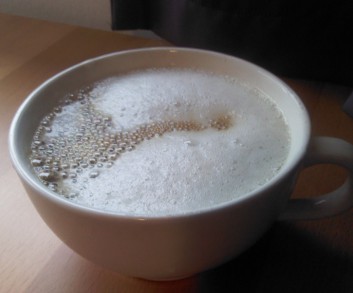 By then I felt really confident in my vegan food skills, so I immediately went on to making pancakes. I used the leftovers from making oat milk and the leftover applesauce, added water, flour, baking powder, sugar and apples. It looked ok, but then I started frying them and this happened: 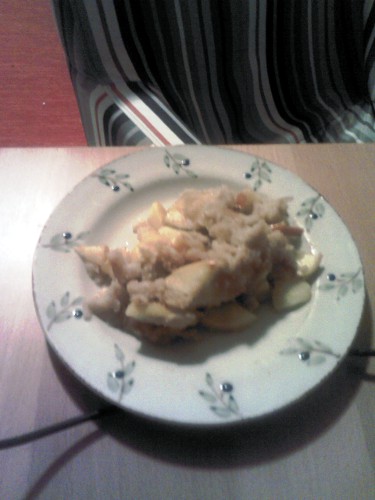 I adjusted the heat a bit and turned them really carefully, but the consistency was more omletty than pancaky. Maybe I'm not a vegan cooking genius after all.