My flatmate had been planning to go and visit the only Icelandic goat farm since December. She was content to wait until spring with the promise of baby goats. Which had been a good decision, because the weather was lovely.

I had met Jóhanna, the goat farmer some years earlier. The first year I lived in Blönduós I had not had a car and had been hitchhiking from and to Reykjavík a lot. Jóhanna had picked me up once and had told me all about the Icelandic goat. It is the race of goat originally brought here by the Vikings, and as Iceland is an island, just like the horse, sheep and chicken (yes, there is are Viking chicken) had been preserved.

Goats are a lot more complicated to keep in Iceland than sheep, they cannot be simply thrown out in summer and herded back. When one sheep starts running in some direction, all others will follow, goats are a lot more individualistic. They also do not withstand bad weather as much as their wooly cousin.

While the sheep population had been steadily growing in Iceland, the meat and wool being produced for export, the goat had often been close to extinction, with the lowest number of them being around 100. Now there are around 1000 goats in Iceland, mostly due to the efforts of Jóhanna.

During the crisis she was one of the people affected by inflation-linked loans and went almost bankrupt. Fortunately her goats were by then quite famous, even having appeared in "Game of Thrones", being eaten by dragons. She created a Kickstarter campaign and raised enough money to keep going.

Lucky for us, as we very much enjoyed watching the kits in their attempts to do goat stuff and even got some goat kisses. 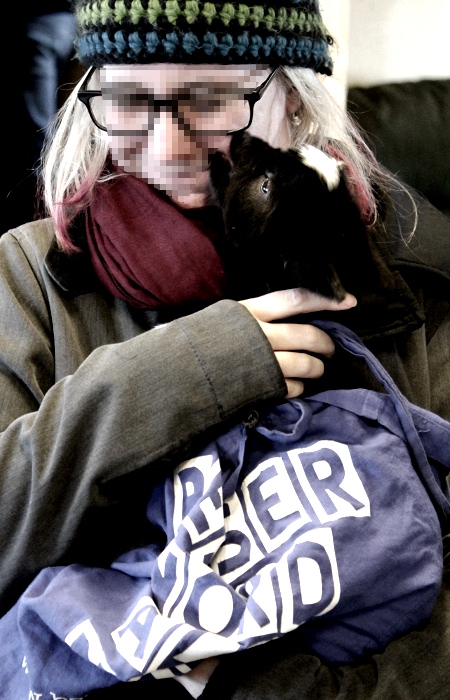 I also brought some yummy goat cheese back.