My area - from woody hills to shiny glasstowers

I live in 105 Rekjavík. It is a beautiful and diverse area. The neighbourhood was build in the 1940s. In summer flowers spring up everywhere around the grey, uniform houses. People are hanging out in the garden and the smell of BBQ is in the air. Last weekend we had a street party, featuring real live Icelandic horses in someones backyard for the kids to pat. The horses were standing knee deep in grass and flowers happily munching away.

Klambratún park is just around the corner. It used to be a school field, but now it is full of trees and flowers (see the picture of the week). I did some guerrilla gardening there and planted potatoes, but they were weeded out by diligent gardeners. There is a playground, volleyball field and a disc golf course. I did not even now disc golf existed until I walked home from work and had to dodge frisbees.
One can always find refugee in Kjarvalsstaðir and enjoy the awesome works of Jóhannes S. Kjarval.

For a full outdoor experience one can walk a bit further to Öskjuhlið. On top is Perlan, a building constructed out of hot water storage tanks, with an observation platform with great views over the city. People often go there on New Years to watch the fireworks and we went there in March to watch the solar eclipse. The hill is covered in woods, with a lot of fireplaces hidden behind walls. A good way to get a bit of outdoor feels in the middle of the city. 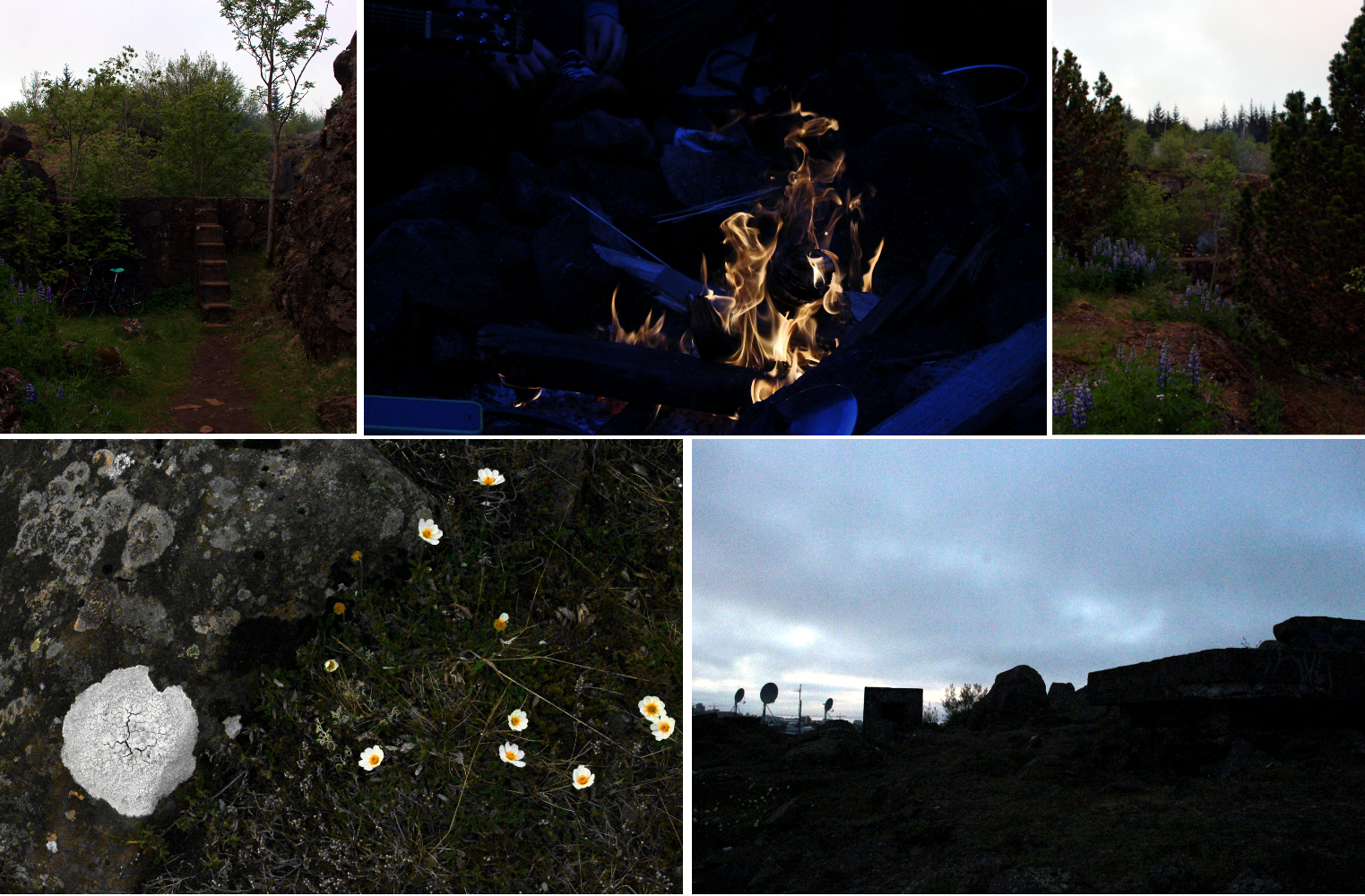 On the other side of 105 is the so called business district. Here you can find branches of all of the major Icelandic financial institutions, as well as upscale restaurants and hotels. The inaptly named "Beergarden" can be found here. The district is centered around Höfðatorg, a glass tower opposite of the historical house Höfði. Höfði was built for the French consulate in 1909, making it one of the oldest houses in Reykjavík. It is most famous for being the site of the Reykjavík Summit. It is also said to be haunted.