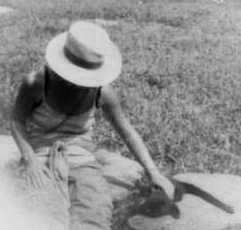 August 2008 - December 2011 and September 2005 - November 2006
Position as a registered physiotherapist in the hospital of Blönduós, Iceland on a self- employed basis.


Other things I worked with

Teaching English
September 2007 - June 2008
Teaching afternoon courses if English as a foreign language in high and primary schools in Beijing, China (amongst others in Wulutong primary and Number 4 middle school) as well as private tutoring.

Software
Wrote and maintain my blog.
I have played with Perl, HTML, javascript, Apache web-server, git, R and a little bit of shell scripting
Contributed packages of pagekite, jitsi and the pe_pplog to the Puppy Linux community.
This website is self-hosted

Countries traveled and languages learned
I have lived in Iceland, Ghana, Amsterdam, China and Chile
I have traveled on all continents but Antarktica, my two biggest trips were traveling from China through Mongolia to Moskau and from Alaska to Tierra del Fuego.
I speak fluent German (because I'm German) and English, good Icelandic and Spanish, some Chinese and Dutch.

Other interests
Photography, bread baking, knitting, Aikido and I have been seen playing my guitar on the street.