Photo of the week - Single Flower No comments
More than 10 years ago I moved back to Blönduós, a rural town in the north of Iceland with under 1000 inhabitants. I stayed for 3 years, forever proving that I'm in no place to judge other people's life decisions. I found ways to occupy my time. I learned how to ride a horse. I started my journey into becoming a nerd. And I created the wool used in this cardigan. I did not set out to make a cardigan from scratch. It all started with a patient with shoulder problems. He was a farmer and his pain was very much due to having spent the last months shearing sheep. I had a cat at this time, so I asked him if he could bring me some wool for her to play with. I don't know if he misunderstood my Icelandic, or was just generous, but at the next appointment he brought a whole garbage bag full of wool, fresh of a sheep. He named the sheep Christina.

The wool smelled. Badly to me, very interesting to my cat, who immediately wanted to crawl into the bag when I brought it home. It was clear to me that I needed to wash the wool before I could do anything with it. Fortunately I had a bath tub in my flat. It took me several rounds of filling and emptying my bathtub, sometimes with shampoo, until the water was not brown anymore. Using my bathtub was a mistake. The sieve above the drain did not stop the very fine and oily fibres and for the next two years I was constantly fighting with a clogged drain. I dried the wool on a bed sheet in my living room, my cat ecstatically rolling around in it for hours.
Meanwhile I did not know how to proceed. I vaguely knew that the wool had to be spun, but how to prepare it for this and how to spin (or where to get a rook from) was beyond me. Fortunately the internet knows everything and one can learn anything on youtube. The next step, google told me was to card the wool. I started asking around, and as luck would have it, one of my other patients had old hand carders from her grandmother. I was using carders you might find in museums in Iceland. I did not have the same luck finding a spindle or rook. In the end I constructed my own spindle. I used a wooden spoon, a small terracotta flowerpot, a wire and elastic. It worked surprisingly well.
For a year I alternated between carding and spinning. Carding was more like a chore, though much faster. It needed a lot more strength and the carders were too big to carry around. I loved spinning. There was a relaxing rhythm to it and I could carry my spindle and some wool in my bag. In the picture you can see me spinning on my Christmas break in Germany. Skeins of wool were slowly accumulating in my closet, and my mind turned towards the next problem. What to do about the colour. For now the wool was in it's natural white, but it is not a colour I was particular found of. I started experimenting dyeing with plants, but there was the sheer amount of raw material which needed to be considered. Tea and coffee seemed to be my best options. I started collecting old tea bags and after talking to the kitchen in the health care centre I was working, they collected old coffee grounds for me. I dyed each skein separately, drying them wrapped around the back of a chair, using the opportunity to relax the wool I had spun a bit too tight. I forgot the exact method I used, the tea dyed much better than the coffee, so depending on the tea to coffee ratio each skein had a lightly different tone. Both the colour and the texture of the wool turned out really nice. The wool was much softer than the usual Icelandic wool, as I my wool had a much higher percentage of the soft under fleece, the Icelandic Lopi is mainly the tougher outer fibres (which is why it is so scratchy).

Having perfect wool now increased the pressure to knit a perfect cardigan. I started looking up patterns at knitty.com. My first choice was spoke, a pullover pattern, which could easily been changed into a cardigan.I quickly found out that the perl/knit stripes did not really work with my wool of irregular thickness and changed to a lace pattern. It worked really well, I implemented some nice decreasing within the lace pattern techniques, however, the whole cardigan turned out slightly too big, bulky due to the front panels overlapping and I never worked out how to fasten it. I also made a mistake in the arms, with the armhole being uncomfortable small. I did not wear the cardigan a lot. It hung around in my closet for almost five years and then I opened it up again and had the skeins of wool lying around for another 5 years. I decided to plan carefully. The first question was what style of cardigan is the kind I would wear the most? I settled on armande, I liked the vintage look, it would look good on a variety of clothes and as long as I knitted it in the right size, it would not be too bulky. Then I did some tests on which patterns would look good on the wool. I found that cables looked amazing as long as I had at least 3 and 3 stitches in the cable. I also found that a simple moss stitch looked amazing and brought out the texture of the wool. After a lot of research and knitting a lot of swatches, I finally started the cardigan version 2. Only to open it up again after knitting half, because I had miscalculated the size and it was too big. Third try was the charm, after knitting through all three extended editions of Lord of the Rings I finally finished the cardigan I had started 10 years earlier. It is perfect: 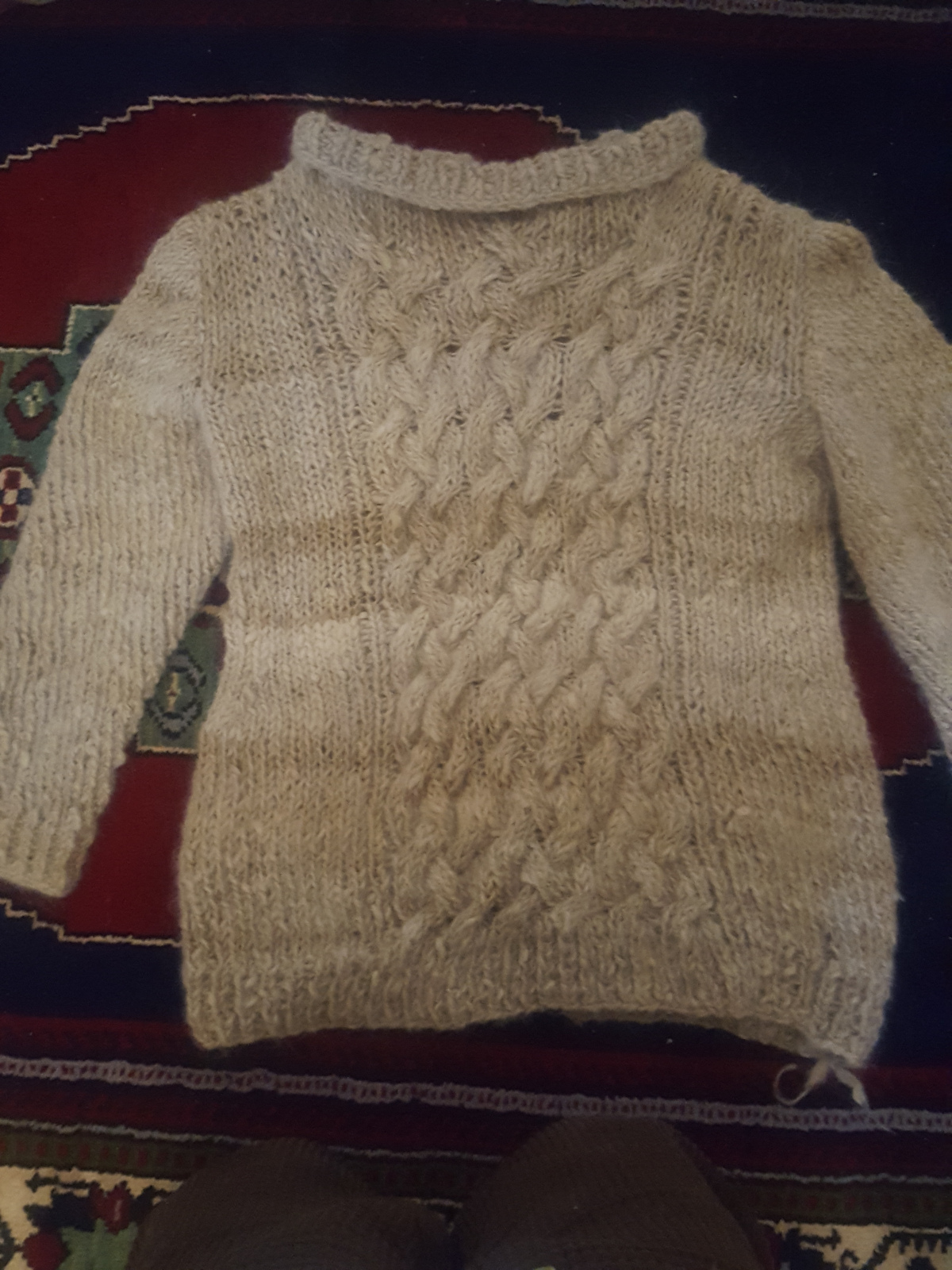 Maybe I do another one once I'm retired and bored, but not before.

Picture of the week - Flowers from below No comments
I used to bake bread, mainly out of desperation of the quality of bread here. We Germans like our bread. It is something Icelandic people might not understand, but this is because their bread sucks. Usually it is just toast, even if it cosplays as bread in the supermarket. The fancy bread you can find is french style, which is ok, if you like eating air. German bread is a meal in itself. Dinner is called "evening bread" Abendbrot. Any other time one has a meal consisting of bread, meat, cheeses etc. it is called "bread time" Brotzeit. The heart of it all is the Butterbrot (butter bread, the concept of a slice of bread with butter and any other cold cuts or spreads.

Picture of the week - Vik in high contrast 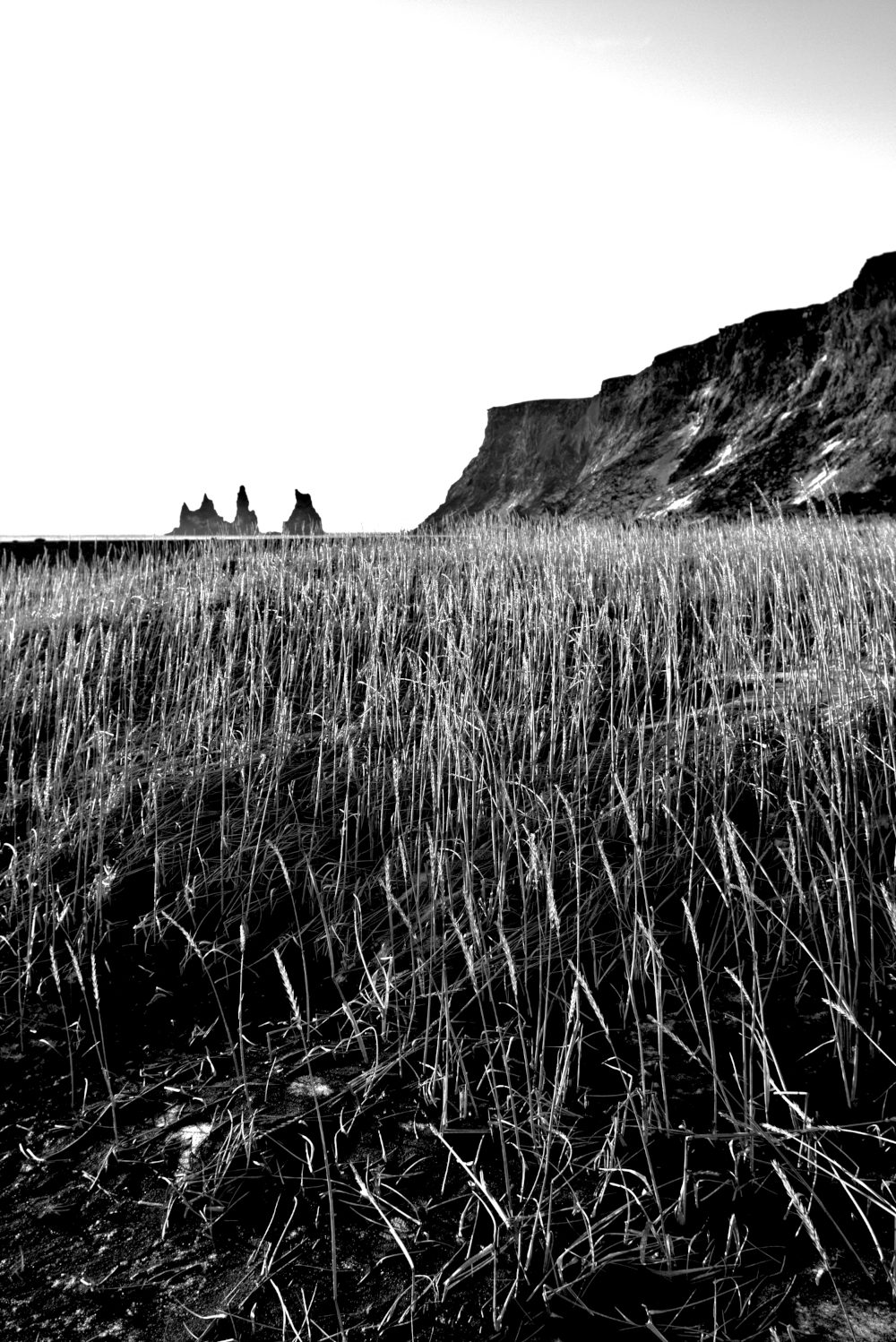