Welcome to the police state

It is getting colder. This is not a metaphor, it has been snowing the last two days and the wind is ice cold. I made a mental note to get candles for our new home. Yes, new flat, finally, yay!

I feel the need to fortify, not only because of the weather. For no other reason than douchbaggery the police just acquired a shit load of automatic a semi-automatic weapons.

They way they were acquired is more than shady, first it was said it was a gift from Norway, then Norway said: "eh, no". Then it was said the coast guard bought it from Norway, which they denied and Norway said "sure you did!". I feel like were are dealing with third rate sleazy business men, rather than official government institutions.

Iceland has just been voted the most peaceful country in the world so there is 0 need for these kind of weapons. I think there is 1 gun crime every 5 years, most of the time some jealous lover killing their partner or rival or something.
Just for the heck of it I looked up Icelandic crime statistics on http://statice.is. Total offences from 1999 to 2012 have been steadily decreasing: 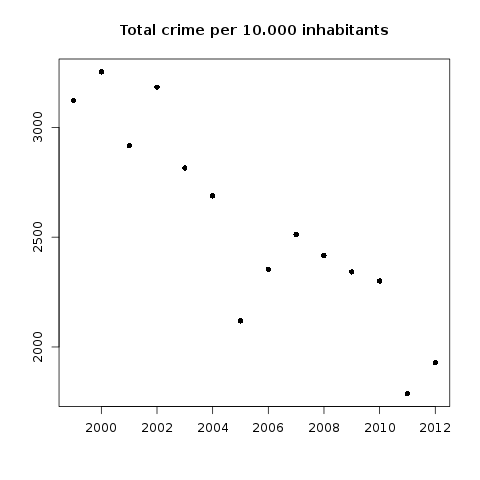 If you look at the different offences, one can see that violent crimes, such as assault have been going down. Funnily enough the rate of drug crimes seems to follow economic development. I guess in 2009 people did not really have money for drugs. Interestingly "offences against authorities" is the only thing that has increased. The police getting machine guns is not going to help here, rather aggravate people. 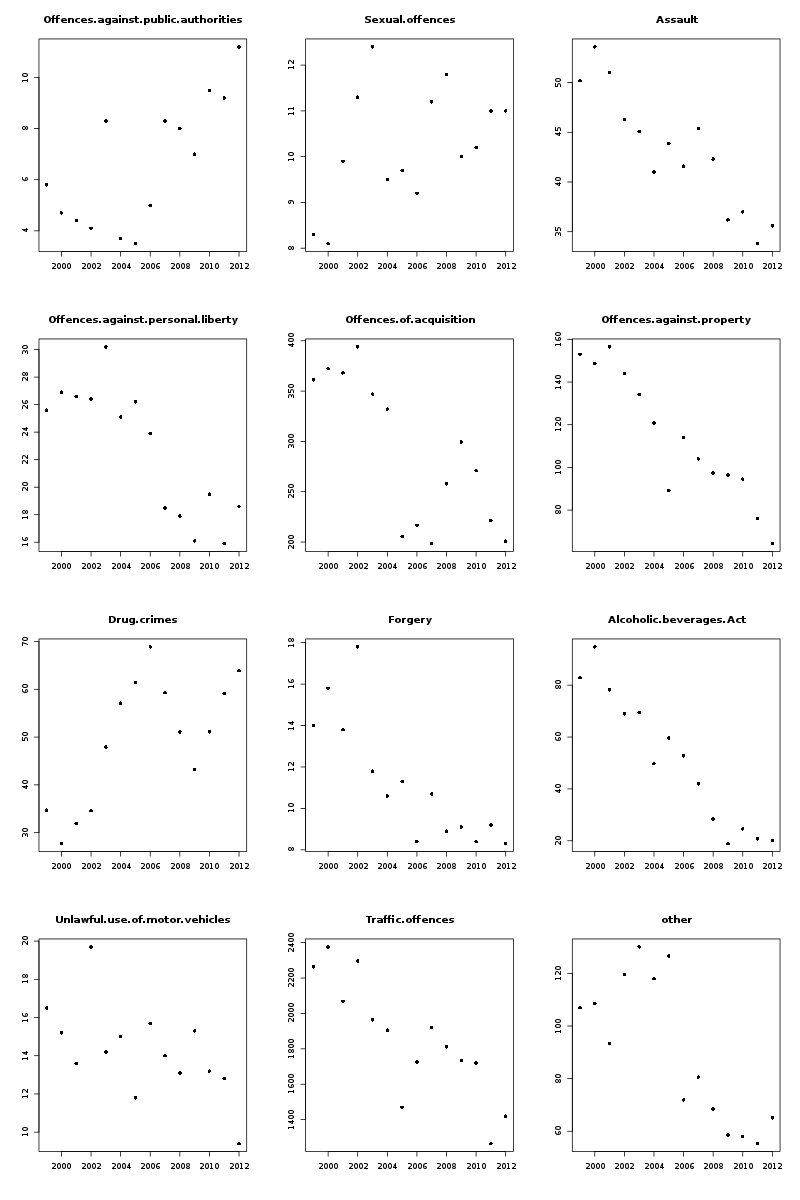 The data I used is here. My guess is, the police looked at Ferguson and decided "we want this too!".

In other news the Gálgahraun protestors have been sentenced to pay 100,000kr (700 Euros) or face 8 days in jail for refusing to follow police orders. They had been protesting road construction through a protected Lava field, which had been the inspiration for many of Kjarvals paintings. Though their actions were completely legal the police had ordered them to leave as they were halting road constructions. When they refused they were forcefully evacuated by the police. By Icelandic law one is obliged to follow police orders, yet the law is not very clear what happens when the police orders you to stop doing something, which is well within your rights to do. This ruling might set a worrying precedent.
What happens now if the police wants to search your car and you refuse to comply? Or if they are trying to break up a meeting of activists? Or remove an "undesired" person from a public place? Next time protesters gather in front of the parliament with pots and pants will they be met by police with machine guns?

One thing is clear militarising the police and giving them more rights to harass people does not bode well.