Book 4 is covered in the second half of episode 2 and most of episode 3. Everyone is suffering the consequences of their bad decision making, and I was very happy to have checked beforehand who dies and who survives in this book. Get the pop corn!

Let's introduce the villain for this part: 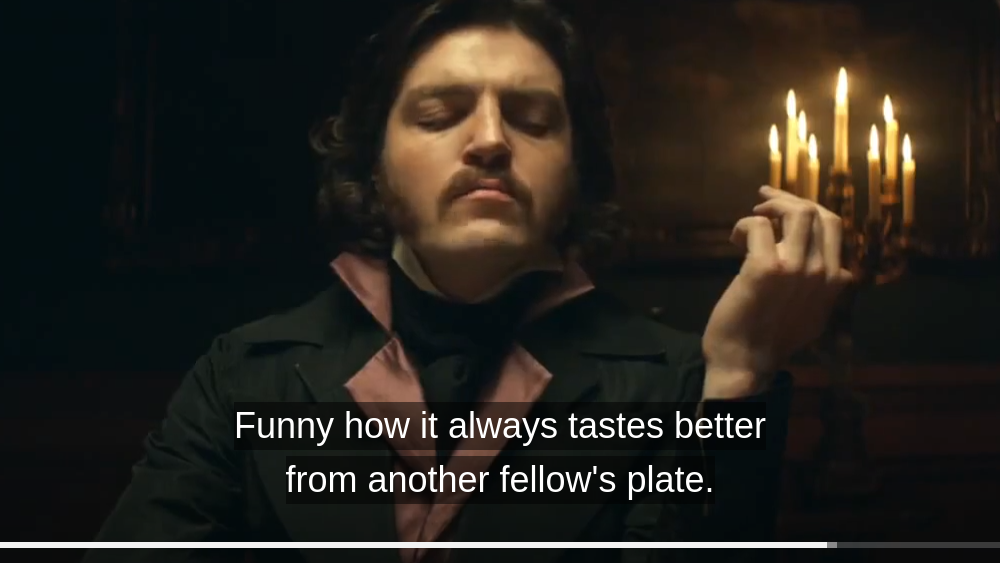 Tom Burke is having so much fun as Dolokhov. He does not look as described in the book (blonde and clean shaven), but his personality is the same. He messes with Pierre, simply because he hates being depended on such a loser for money and with Nikolai, because he is annoyed that Sonya is in love with the younger, cowardly, naive man, instead of him.

It is not made explicitly clear in the book whether Helene actually had an affair with Dolokhov. It is very obvious though that Dolokhov wants to get a rise out of Pierre with constantly alluding to it and is delighted when Pierre, impulsive as he is, challenges him to a duel. Shooting Pierre in a duel after humiliating him with an affair with his wife is his idea of fun. Pierre proves here that he has no right to call anyone stupid, he challenges a sharpshooter in the army to a duel, when he doesn't even know how to use a gun.

In the book it is made more explicit that challenging Dolokhov to a duel wasn't only stupid because of the high likelihood of dying, but also because of the scandal and ruin it can bring. By challenging Dolokhov, Pierre basically publicly accuses Helene of the affair. Additionally, when she confronts him about potentially ruining her standing in society, he proposes separation, which he can only legally do by accusing her of an affair in a court of law. If he can prove it, she and her family are basically ruined, if not, he will have to pay for the separation. Pierre does not propose separation out of malice, but out of desperation to get out of a marriage that is extremely toxic for them both. Helene is of course concerned about the material implication, which are much more dangerous for her than him and being used to being able to use his fear of her to get him to do what she wants keeps pressuring him. It ends with him throwing a table. It is described as the frightening act of violence that it is and Pierre leaves her in control of most of his wealth and leaves St Petersburg in disgrace. (as he should)

Nikolai isn't much better in his decision making. His naivety, callousness with money and stubborn pride makes him fall into Dolokhov's trap. It is very clear that Dolokhov is cheating gambling with cards, but Nikolai refuses to see it and in the end ruins his family with his dept. Jack Lowden is amazing in the whole episode. He expresses all the emotions, stubborn disbelief to deer in headlights fright during the gambling scenes. When confessing to his father he goes from denial over bravado to crushing guilt and regret.

It is really sad that most of his character development stops here in the TV series. In the book he grows up after this episode, holds himself accountable for his mistakes, lives within his means and pays back all his dept. He has a lot of integrity in the book, which gets lost in the TV series.

So what about Andrei? Who dismissed all his wife's fears as trivial compared to his quest for higher purpose and honour? 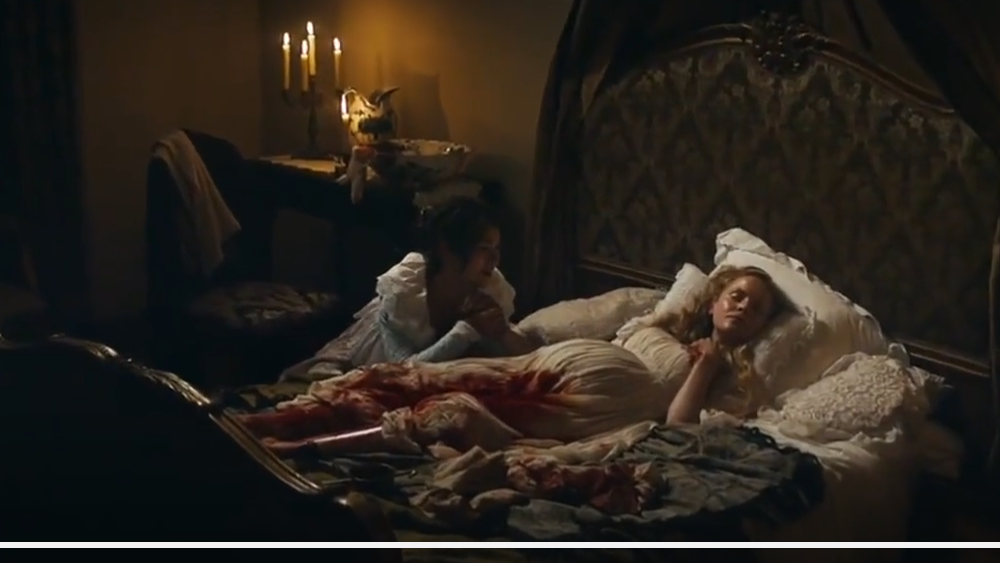 Hope you like being a single father, Andrei... And he manages to become even more insufferable as a result.

During the past chapter / episodes we have been checking in with Natasha, who is slowly going from being a child to a teenager. She is quite thoughtful, wondering what it means to be in love (a recurring theme is her measuring feelings on how well she remembers her "suitors" faces, while they are away, which pays off later).

She is also very much team Pierre and always defends him when he does something stupid.

Here she is getting her first marriage proposal, from Denisov, who is nothing but lovely in the TV show (in the book he as a whole side story of stealing supplies for his regiment). The proposal, the rejection and how graciously the rejection was received were all lovely. In my head canon he and Sonya get together at the end, because they are both lovely people and Sonya deserves a good husband instead of being basically part of Nikolai's and Marya's furniture. I mean, just look at her: