Vestmanneyjar - Iceland in a nutshell

I was lying on my back in the wind and the rain, trying to concentrate on my breathing. I had thought that taking the ship from Landeyjahöfn, which only takes about 45min, would be a better experience than the 4 hour boat ride from hell I had experienced in 2001 from Þorlákshöfn. Just as I was wondering whether I should make my way to the reeling we entered the harbour of Heimaey. With its steep bird cliffs all around it and the turquoise water, it is like coming into a pirates cove.

The whole island had a mysterious atmosphere thanks to the fog and drizzling rain. We walked around the cliffs trying to find puffins, but they had been smart enough to stay inside because of the weather. We felt a bit sorry for the lone camper on the campground. 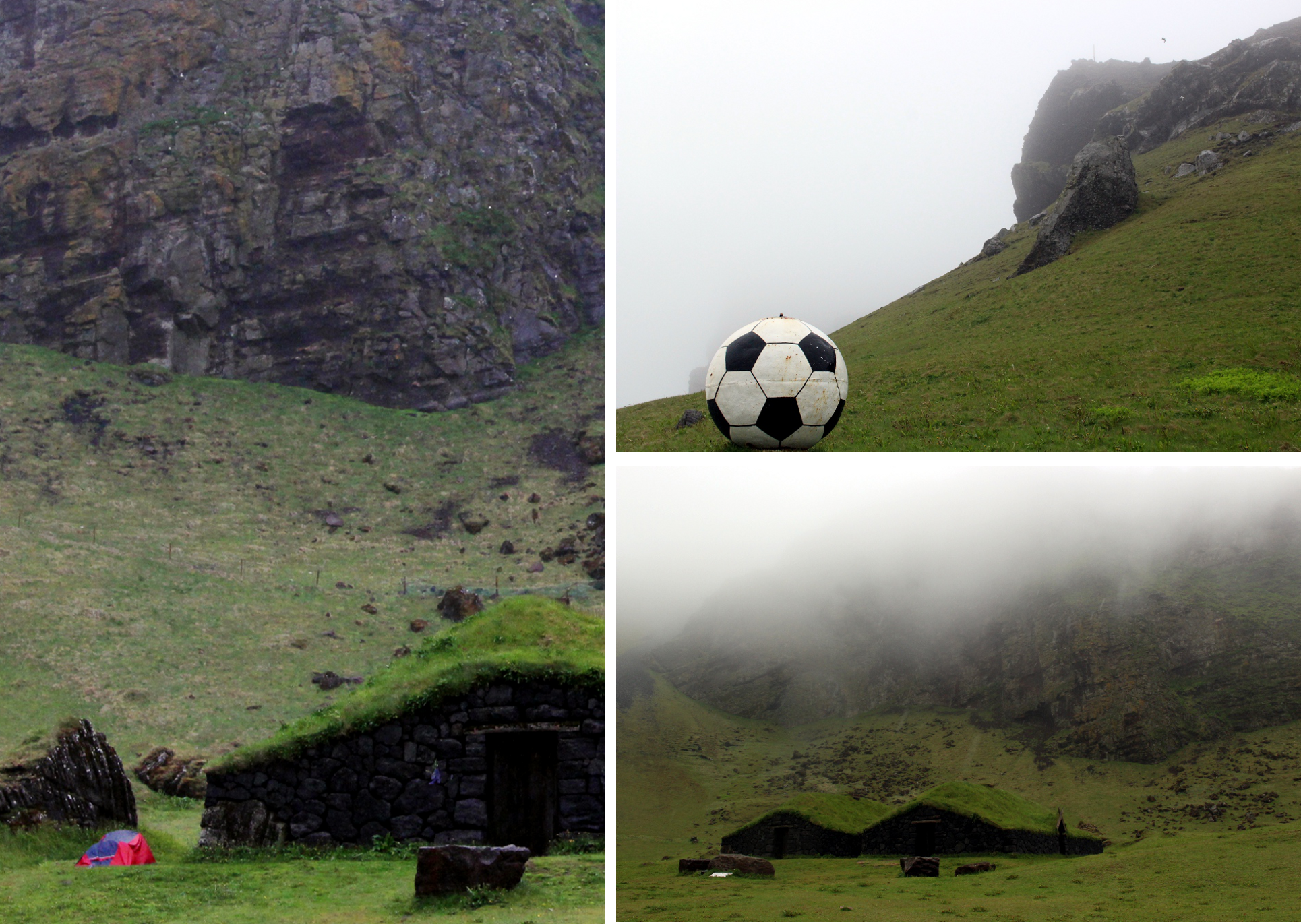 Even without puffins, there is a lot to see on Heimaey. It is an abridged version of Iceland, wild coastlines and green slopes dotted with sheep The town is right next to the crater from the eruption in 1973, which is still warm to the touch. Lupine flowers are now growing in the lava, which had destroyed part of the town.

The town itself is an active community built on fisheries. Thanks to tourism there are now a lot of restaurants and cafés in town, as well as art and designer shops. The first fab lab was founded here in 2008. Maybe because on has to brave the boat ride from hell to get away, the town does not seem to have lost all its lifeblood to Reykjavík.