Picture of the week - Once upon a time in America

No comments
A few summers go I visited my friends in Ohio, who own a food truck. It was the first time I shot in raw format and was immediately convinced by it, as I could bring out the shadowy inside of the food truck. 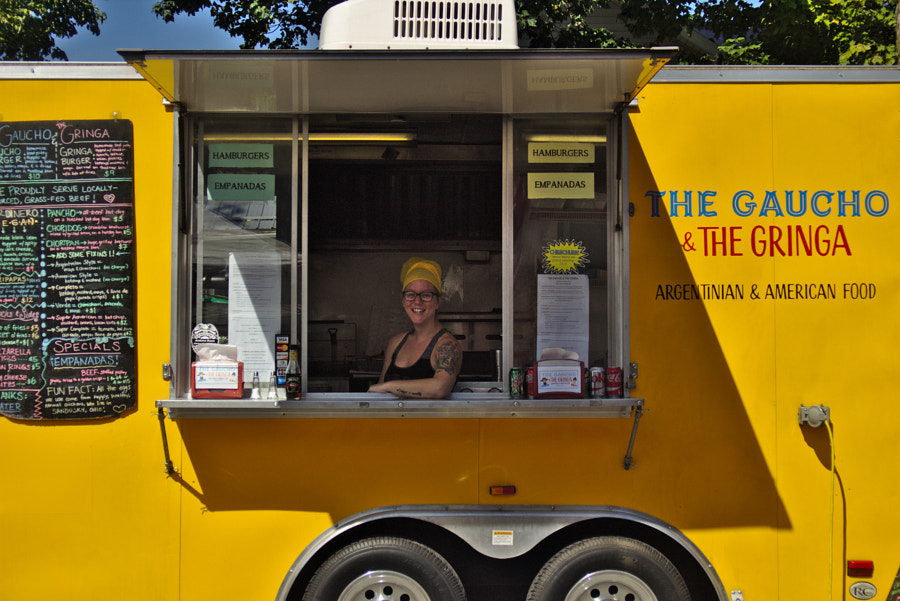 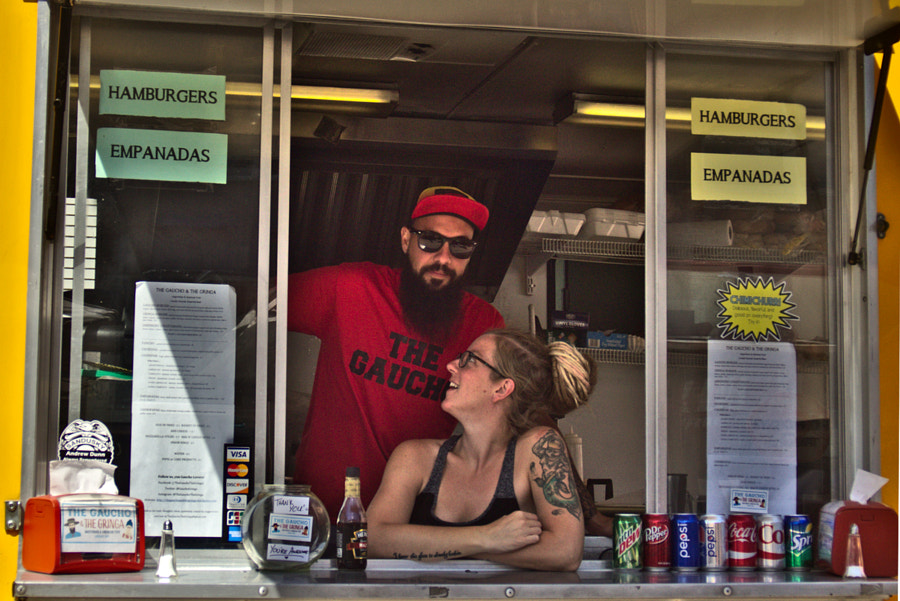 Valparaiso, the city I lived in the last year was burning last month. News of this fire was overshadowed by the crisis in Crimea in any bigger news outlet, so i had to resort to trying to read Chilenean newspapers on the web and bugging my friends who still live there. Seeing pictures of the destruction makes my heart ache.

It is estimated that around 3000 houses were destroyed, leaving 10.000 people without a home, shortly before the Chilean winter. Most affected were (as usual) the poor of the city. Chile does not have an extensive social security system as it is a strong follower of neo-liberalism. Valparaiso especially is lacking affordable housing, leaving a lot of the poorer population to illegally built houses in the ravines between the hills.

These houses do not only lack access to clean water and electricity (though often electricity is intercepted from the power lines) but are mostly built out of wood. They are not only fire traps, but also in danger of landslides due to the steep terrain.

The cause of the fire is thought to be a bird flying into a power line in the wood area above the city, but the fire spread rapidly through the ravines aided by strong winds.

Immediately after the fire public discussions turned to the ravines and the danger the illegal dwellings pose. The tragedy is blamed on the authorities letting "anyone" people built "anywhere" they want to. The fact that many of these people, who are now living in shelters or tents while the ravines are being cleaned up had been waiting for housing or housing vouchers for years is ignored.

As a municipal senator of the city put it: "We cannot just evict people, we need to find alternatives for them to live in."

Whether the fire is going to lead to a social change in a city where the students took to the streets last year for month to try and stop privatisation of education is questionable.

Fortunately people in Valpo do not wait for the government. As I have described before there is a strong sense of community in the city, best described by my friend who still was in Valpo at the time of the fire:

Thank you for checking in on us! We are all perfectly fine -- but the sad truth is that Valparaiso is not fine at all. This has been a devastating fire, and at times the city feels like a post-apocalyptic movie or something. It still goes as of today though it has reached the upper most part (mostly brushland).

It is a terribly SAD scene but at the same time, totally beautiful and inspiring the way the portenos have come together. I can't describe it. In the midst of so much heartbreaking sadness, there is such unity and selflessness. It's very heartwarming, and necessary in times like these to elevate the soul a bit by sights like this.

We went yesterday to donate a lot of things (some of your leftover stuff too, hehe) to the efforts. There are 'albergues' all over, for the thousands of displaced people to live as the disaster is contained, assessed, etc. We gave food, clothing, hygiene items, etc. Today Sam and I went to help out in another part of Valpo, by carrying things to shelters, donating cleaning products, etc. Most of the shelters have SO much stuff and are well installed for so little time having passed. Again, the organization and help available is just so impressive. There are even places receiving displaced pets and street animals. Equally as heartbreaking and lovely.

I know Valpo will recuperate. But it is so tremendously sad to think of the sheer quantity of people affected by this, that are now homeless....children, pregnant women, the poorest families, elderly people that have maybe never left the hills in years....

Shannons blog post about the fire and the aftermath

No comments
Back in Iceland I had to change my dress habits. No, not to become more fashionable, I'm still the person who walked around wearing a pink woolen hat for all last year.
When I got here I dressed like in Valpo, undershirt, pullovers and on top a light jacket. When I got into a house I would take off the jacket, more for show than anything else, as the inside was pretty much as cold as the outside. Very soon I noticed that this way of dressing here in Iceland means a lot of undressing or sweating as soon as one gets inside.

I'm back in central heating country. Additionally people in Iceland like their houses to be 25+°C, so now I'm wearing a T-shirt and a big jacket on top.

It is incredible awesome to be able to walk around in the cold, look at the pretty Christmas lights and get home, take of the jacket and not feel the need to crawl into bed, just to be warm.

And I know that being happy about central heating is incredibly lame, but then I don't feel the need to prove how hardcore I am anymore.

I already did the living on a boat in the middle of winter without electricity, running water or heating thing.

No comments
Yesterday were elections in Chile. Results can be found here.
In the last weeks running up to the election the garbage collectors were on strike. Summer has arrived as well. The town has become dirty and smelly. In the afternoon it is usually windy. Which means there is a very real danger of being hit by garbage while wading through it. I tried to sell some of my clothes on the street and spent most of the time picking up the garbage which was blown on them. When I had filled a shopping bag I gave up. I keep telling myself I sympathize with their cause, I really do.

I do not sympathize with the riot cars and water cannons which had been standing on Anibal Pinto the last 3 days before the elections. They are anticipating a return of the student protests which had been going on on and off this winter. Four of the leaders of the student movement have been voted into parliament.

It is not completely over, though. Bachelet did only get 46% of the votes which means there will be a second round of elections in which Bachelet has to compete with her runner up Matthai. Interesting fact about the two candidates: Bachelets father was tortured to death during Pinochet, while Matthais was head of the Military academy. Matthais slogan is: Protecting Chile.

I just hope the garbage collectors will not wait until the 15th of December to stop their strike.

No comments
I moved. Finally. But now, every time I go to my usual café I have to pass a street, which seems to have an antagonising effect on dogs. Which is not a good situation for someone with a (though decreased) fear of dogs.
The usual state of the SA dog is lying sleeping in the sun, but on this street there are ALWAYS crazily barking dogs. And it is a very narrow street with houses baring down from both sides. Fortunately the dogs are usually so occupied barking at each other, that they have not ganged up on me...yet.
I could obviously walk on a different street, but I guess, as Barbara used to say, I'm strengthening my personality.

Additionally: I still have not seen a female dogs, some bitches, but no female dog