An outing to a cave in the snow

It was Mariskas birthday and she told us she really wanted to "go on an outing". It is a little known fact that Mariska had sprung one day out of an Austen novel. We went to the cave Leiðarendi, because it is close to Reykjavik and because it was the cheapest tour we could find. The tour was ok, I had been to the cave Vatnshellir in Snæfellsness in autumn, which I found to have been more impressive and have more lava formation (in Leiðarendi the best ones had been broken off and removed by people, stupid people

) and the guide was not as informative and tried rather unsuccessfully to be funny.
Going anywhere in Iceland in winter, however, is an adventure:

First we had an hearty breakfast

Sunrise in a desolate place (10am, it was really, really cold) 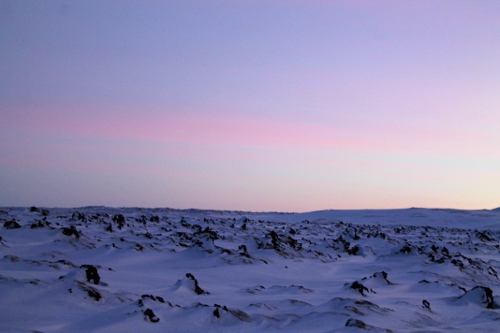 Mariska did not feel comfortable sliding in there 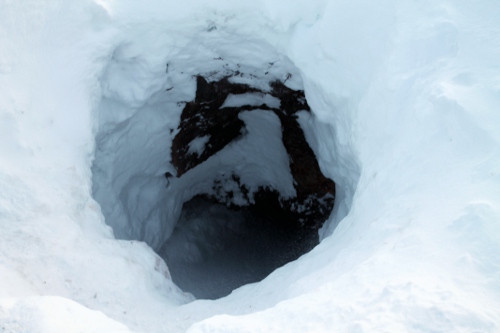 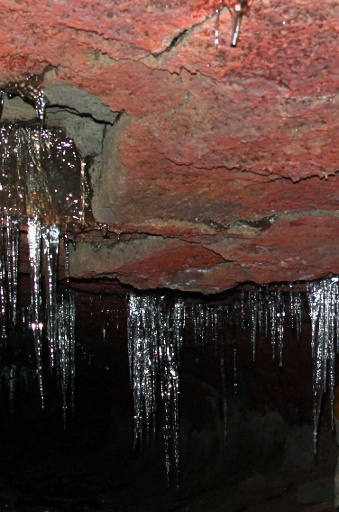 After going into the cave a bit further, suddenly it was warm(er) and no more icicles and at the end were the bones of a dead sheep, which must have gotten lost in the cave. Poor stupid sheep. We made it out. Hurrah!